My son was recently invited to a birthday party. He was very insistent of the gift he wanted to buy and he took extra time creating a birthday card.  When the day came we dropped him off at the party. He gathered up his gift and card and off he went for 3 hours of hard playing, cake eating, pop drinking and birthday singing.  When we picked him up, he thanked his hosts for inviting him and we went on our way.  A few days later he received a handmade thank you card from the birthday boy in the mailbox.   This small gesture was so well received by my son.  He was thrilled that the birthday boy took the time to thank him for not only the gift but also for celebrating his special day.  This act of kindness brought a big smile to my son’s face.

It is a small thing to say a kind word but the benefits are immeasurable. A simple and meaningful  ‘thank you‘ should never be underestimated, try it and watch how it can bring a big smile to the recipients face. And as William Arthur Ward wrote: 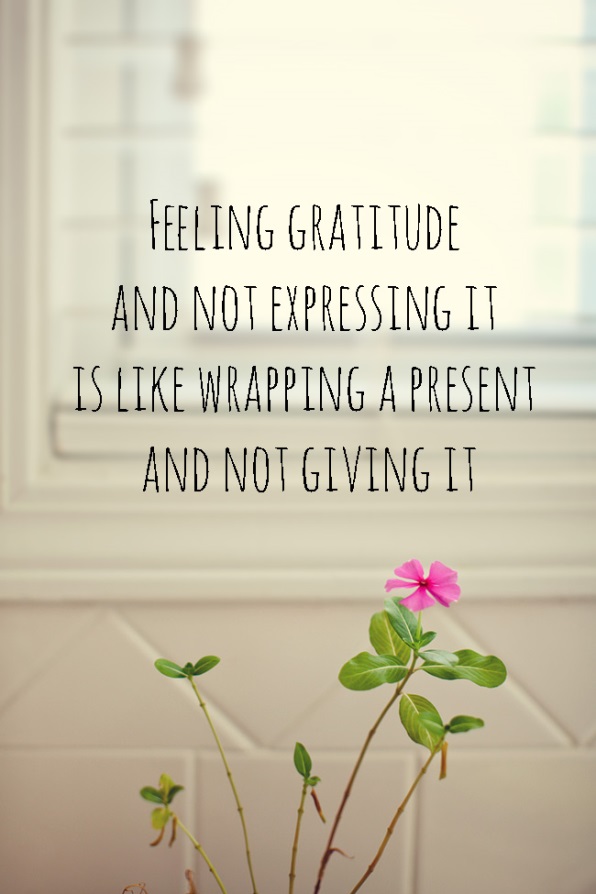