is the thrilling finale to the Hunger Games series. In the film Katniss continues her attempts to take down the Capitol. I personally think the movie was very exciting. The creativity involved in creating some aspects of the film is absolutely impressive. There were tons of twists involved and I became very surprised by some of the things that happened. Although this was an incredible movie, it felt like some of the excitement from the first two movies was left out. Less happened in this movie than previous ones and I wish it had been more exciting. I still did enjoy this movie, but it will never be as good as the beginning of the series was.

Buy Mockingjay Pt.2 on Amazon.com by clicking on picture to the right. –>

Have you ever watched a child, observed them, with an open heart? Children are a pure delight; they dance through the halls rather than walk. They have conversations with themselves; playing out stories as they move through their day. Children are incredibly creative and inquisitive and they tend to be in the moment as they become completely enraptured in what they do.  The reward is in the execution of the undertaking they are focused on.  As adults our tendency is to be more task oriented, rewarding ourselves only once our list is completed.

The mindfulness exercise today is to take one task on your list and run through it mindfully. While washing the dishes for instance, watch closely as the sink fills with water.  Ask yourself how the water flows through the pipes and out the faucet? Listen to the flow of water as it fills the sink.  As you pour detergent in the sink watch as the bubbles form, listen as they pop.  When you place your hands in the water, how does the water feel on your skin? Is it hot? Pop the bubbles between your hands. Become childlike in performing your chosen task, approach it with mindful attentiveness, becoming truly aware of the process.  As you go through your days take notice of different tasks you usually perform without much attention. How does performing them mindfully alter the experience? You may find your tasks becoming much more interesting.

The stock market is always changing. One minute a great stock could be at $3 the next it could be at $15, and a few more minutes later it could be at $1. You’ve got to learn to find great stocks quickly in the stock market and know when a stock will go up or down. To know when a stock price will change you have to look at a lot of different factors, but the most important of these is the news. If a news article is published highlighting the great ways you can get in touch with others using social media the stock price of companies like Facebook and Twitter will likely go up. And the opposite could happen too. If a news article comes out warning readers of the dangers of eating fast food, the McDonalds and Wendys stock price could go down. Try flipping through a newspaper or searching through a news website often to get a feel for what industries will be affected by the articles and to find great new industries to invest in.

Check out some of these news websites. CNN, The New York Times, USA Today, and BBC News. 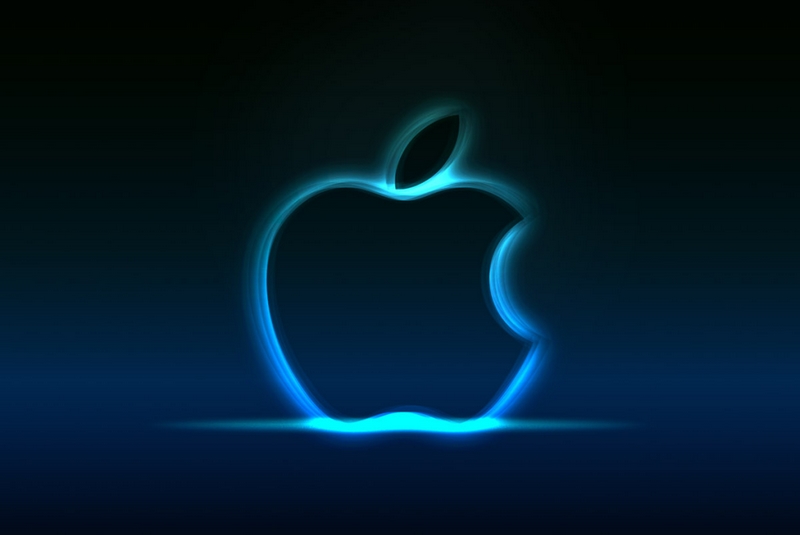 Last week Apple announced several new products including the iPhone SE and a new iPad. If you look at the charts for the Apple stock, you’ll see that it has been steadily rising in the past month in anticipation of the announcement event. These kind of real life events are a huge influence on the stock price. It’s very important to focus on real life things when you’re looking for stocks to invest in.

Subsidiaries aren’t directly connected to trading stocks, so you may be wondering why I’m writing about them. Learning everything about a company you’re considering investing in is essential (Not literally everything, that would be almost impossible). One major part of business is subsidiaries. For this example we’ll use Berkshire Hathaway. The Berkshire Hathway stock is currently the most expensive stock in the world. In fact, their stock has never split. Let’s think about B.H. (Berkshire Hathaway) as the “parent” company. The subsidiaries are the parent companies “kids”. A company owns all their subsidiaries, which are like companies run by the “parent” companies. If you invested in B.H. you’d invest in all of it’s subsidiaries at the same time. B.H. has an unbelievable amount of subsidiaries including Duracell and Geico. To see a complete list click here. In some cases a company doesn’t own 100% of it’s subsidiaries like you’ll see if you click on the link above but they still do own part of the company. Just like if you were to buy a stock in a company. You wouldn’t own the whole company, but you would own a tiny bit of it. 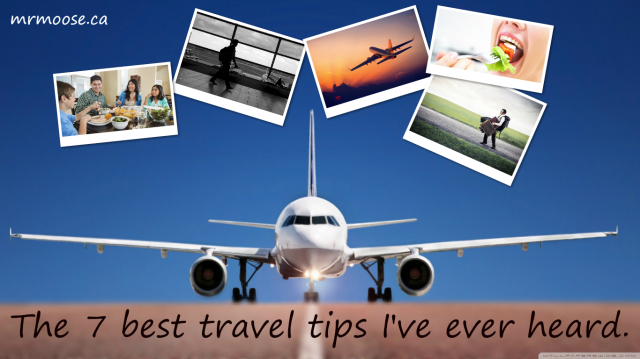 Restaurants are extremely expensive. You wouldn’t think that a few meals would cost much money, but then you decide to get drinks. After a while you aren’t satisfied and everyone orders dessert. Restaurants make all their money by charging tons of money for food that isn’t even guaranteed to be good. Skip the restaurants, instead head to the grocery store for some food that you can eat in your room.

This may seem like random advice, but actually it’s quite useful. If you book the two surrounding seats, the chances are smaller that another person will sit with you. You’ll have a better chance of getting an extra seat that you can do whatever you want with and you’ll get some extra space. 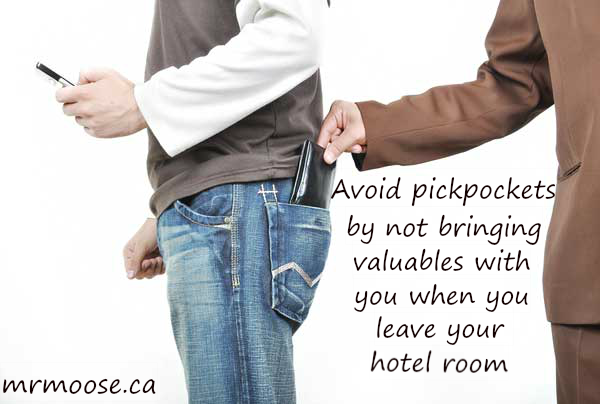 This tip is pretty obvious but most people don’t use it. Pickpockets are more common than you think, and they’re experts in what they do. You’d be amazed by the genius in some of the tactics they use. The simple solution is to not bring anything with you they could steal When you’re roaming the streets of a foreign city you truly don’t need that much stuff. If you don’t need it, leave it. 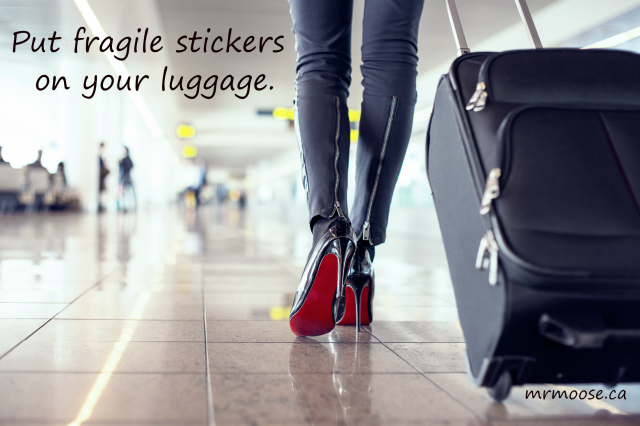 This tip is absolute genius. When airports transport luggage they aren’t particularly careful with how they move it, but if you put fragile stickers on your luggage the airport personnel will handle it with extreme care. Your luggage will also end up at the top of all the other luggage resulting in a shorter wait time for your bags at the end of your flight. 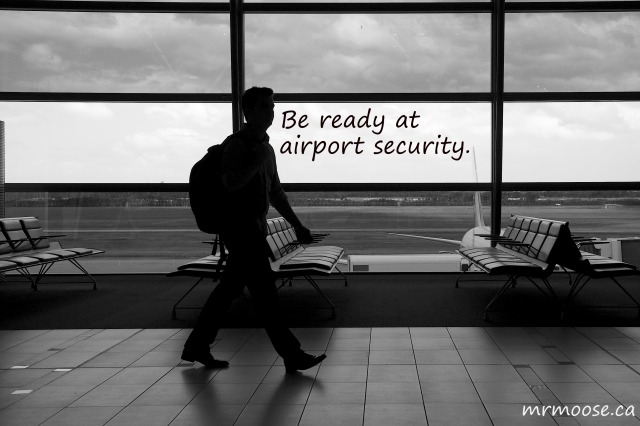 Airport security takes forever. Being ready before you get to security removes the annoyance. This includes making sure that all metal objects are placed in the trays and that all fluids are ready in small containers. By going through security faster you remove stress from not only yourself, but the people standing in line behind you.

By eating meals at the same time you would in your destination, your body more easily adapts to the jet lag. It may seem hard, but is it really that bad to eat pancakes for dinner?

To explain it simply, volume is the amount of shares traded in a single period of time. This number is very important. Generally you want a minimum volume of 750 000, but the higher the number the better. This ensures that you will have a chance to sell your stocks when you do decide to sell them. If nobody completes a trade with you, you’ll be stuck with your shares until someone does decide to trade with you. You don’t ever want to be stuck with a stock you don’t want, so it’s very important to make sure that the volume is always high.

Stock Market Simulators are a great way to learn how to invest in companies. They can teach you a lot and you don’t have to worry about losing money. There are several great online stock market simulators and I know of one great app that anyone can use. There is a downside to stock market simulators though. For the most part people make short term investments rather than long term ones on these simulators and although short term investments are great, you need to learn about both to be truly experienced in the stock market.

According to Crayola, the Crayola Color Alive Easy Animation Studio

Crayola Easy Animation Studio makes it easy for any kid to create animations and allows the child to design their own characters to animate, but it was anything but easy. Crayola almost never disappoints me with their products, but this was difficult and unpleasant to use. Crayola makes the product look easy and lots of fun and I thought it would be until after I downloaded the animation app. The app is supposed to track the movements of an adjustable figure, but it takes a lot of work to adjust the figure so that the electronic you’re using can actually “read” the markings on it and replace them with a semi-user designed character.  I did not enjoy using this toy, I cannot believe that it won an award as it was a complete disappointment.

Thats all for now, Ben

Buy now on amazon.com by clicking on the picture to the right. –>